The mission of the International Maritime Organisation (IMO) is to make shipping safe and environmentally sound. From its inception in 1959 to the present day, the IMO has made significant achievements, but at a desperately slow pace. This has certainly been inadequate to properly face the current climate emergency and the severe crisis of biodiversity loss in the ocean. OceanCare believes that the IMO must urgently agree on legally binding measures to reduce ocean noise as well as greenhouse gas emissions and the risk of ship collisions with large whales. In this respect a mandatory reduction in vessel speed is the most effective measure to be imposed immediately, thereby also creating a level playing field for shipping companies.

The world authority responsible for setting standards for safety and environmental protection in shipping is the International Maritime Organization, created in the mid-20th century under the auspices of the United Nations (UN). Currently, the IMO has 175 Member States.

Since then, the IMO has succeeded in adopting numerous binding measures to improve the safety of shipping and seafarers, including training, technical measures, emergency communication systems and assistance in case of distress, repression of unlawful acts at sea, etc. Its first major task was to adopt a new version of the International Convention for the Safety of Life at Sea (SOLAS), which was achieved in 1960. The IMO then moved on to deal with issues such as the facilitation of international maritime traffic, among other technical and administrative matters.

However, the ecological disaster caused by the 1967 Torrey Canyon oil tanker accident, in which 120,000 tons of crude oil were spilled, highlighted the need for the IMO to be concerned not only with human safety aspects of shipping, but also with its environmental impacts.

In this respect, the IMO in the following years introduced a number of measures aimed at preventing tanker accidents and minimising their consequences, as well as establishing certain mechanisms for compensation of damages to potential victims. It also addressed the environmental threat caused by routine operations such as the cleaning of oil cargo tanks and the disposal of engine room waste, which cause as much or even more oil pollution, in terms of tonnage, than oil spill disasters.

One of the most important steps was the development of the International Convention for the Prevention of Pollution from Ships (MARPOL) in the 1970s. This convention covers not only accidental and operational oil pollution, but also pollution from chemicals, packaged goods, sewage, rubbish and air pollution. Air pollutants contained in ships’ exhaust gases, including sulphur oxides (SOx) and nitrogen oxides (NOx), are regulated by IMO through Annex VI of the MARPOL Convention, which was first adopted in 1997 and entered into force on May 19, 2005. It also regulates the creation of Emission Control Areas (ECA) to further reduce emissions of these pollutants in specially designated marine areas.

Voluntary or mandatory – how to reduce ocean noise and the ecological footprint of shipping?

In April 2014, after many years of negotiations, the IMO adopted voluntary Guidelines for the reduction of underwater noise from commercial shipping to address adverse impacts on marine life (MEPC.1/Circ.833). These Guidelines consider common technologies and measures that may be relevant for most sectors of the commercial shipping industry, including designers, shipbuilders, and ship operators who are encouraged to also consider technologies and operational measures to address propeller cavitation, but also onboard machinery and operational modification issues.

The design of ships with more efficient propellers allows the reduction of fuel costs (with the consequent reduction in greenhouse gas and pollutant emissions) and maintenance costs for the shipping companies, and also allows for a significant reduction in ocean noise emissions.

Over the years, it became obvious that these voluntary Guidelines are poorly implemented and the objective to reduce ocean noise generated by shipping has failed. It is assumed that failure of implementation is linked to the non-regulatory and non-mandatory status of these Guidelines and the lack of measurement specifications. Canada, the United States and Australia requested a review and revision of these Guidelines. Fortunately, at the Marine Environment Protection Committee meeting held in June 2021 (MEPC 76), the proposal by these three countries was approved and the revision of the Guidelines was initiated. The outcome of the revision process is expected to be presented in summer 2023.

Not enough has also been done to properly address the problem of collisions with whales and other marine wildlife. So far, the IMO has only issued a Guidance Document for Minimizing the Risk of Ship Strikes with Cetaceans, which dates back to 2009!

It is widely recognised that reducing the speed of ships is among the different operational measures available. This measure is the one that can contribute in the most cost-effective way to reducing the environmental impact of maritime transport and it could be imposed today. In fact, this measure makes it possible to reduce, very significantly and with immediate effect, CO2 emissions, atmospheric pollutants such as SOx, NOx and black carbon, as well as ocean noise and the risk of collisions with marine fauna.

The shipping sector to meet the climate targets

Progress to address the reduction of greenhouse gas emissions is also slow. At long last, in April 2018, the MEPC adopted the Initial IMO Strategy on reduction of GHG emissions from ships. The IMO strategy unfortunately makes shipping one of the last sectors not yet aligned with the Paris Agreement. The current objective of the IMO strategy is only to reduce emissions “by at least 50% by 2050” (compared to 2008 levels) and “to achieve zero GHG emissions as soon as possible in this century”. This commitment is clearly insufficient to achieve the objective of limiting global warming to 1.5°C above pre-industrial levels, a goal reaffirmed by the international community at the recent climate summit (COP26) in Glasgow. In this regard, during COP26, 14 countries (Denmark, United States, Belgium, Finland, France, Germany, Honduras, Hungary, Iceland, Marshall Islands, Norway, Panama, Sweden and United Kingdom) signed the Declaration for Zero Emission Shipping by 2050, with the aim of reducing emissions from the global maritime sector to zero by 2050.

OceanCare does not yet have observer status at the IMO but participates, together with industry stakeholders as part of the Swiss delegation, in the meetings, especially those of the Marine Environment Protection Committee (MEPC).

We will continue to work tirelessly within and outside of the framework of the IMO, trying to convince governments of the need to take bold and immediate action to reduce greenhouse gas emissions (GHG) and ocean noise from shipping.

IMO. MEPC.1/Circ.833. Guidelines for the reduction of underwater noise from commercial shipping to address adverse impacts on marine life (7 April 2014).

IMO. Guidance Document for Minimizing the Risk of Ship Strikes with Cetaceans (2009). 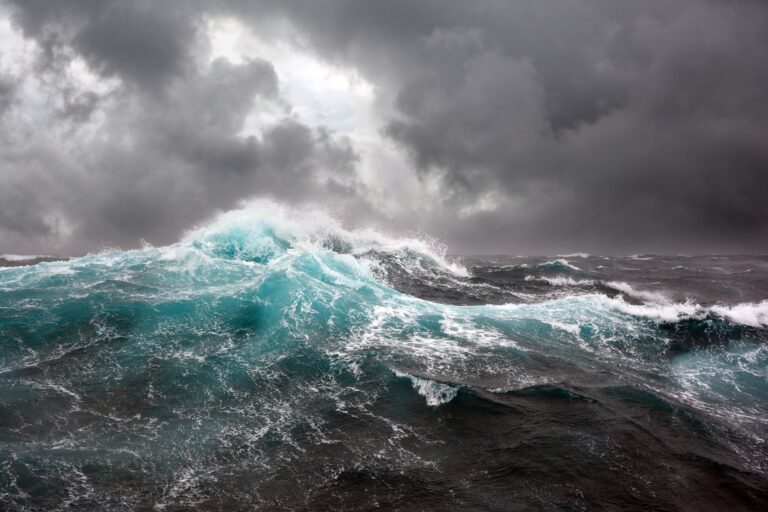 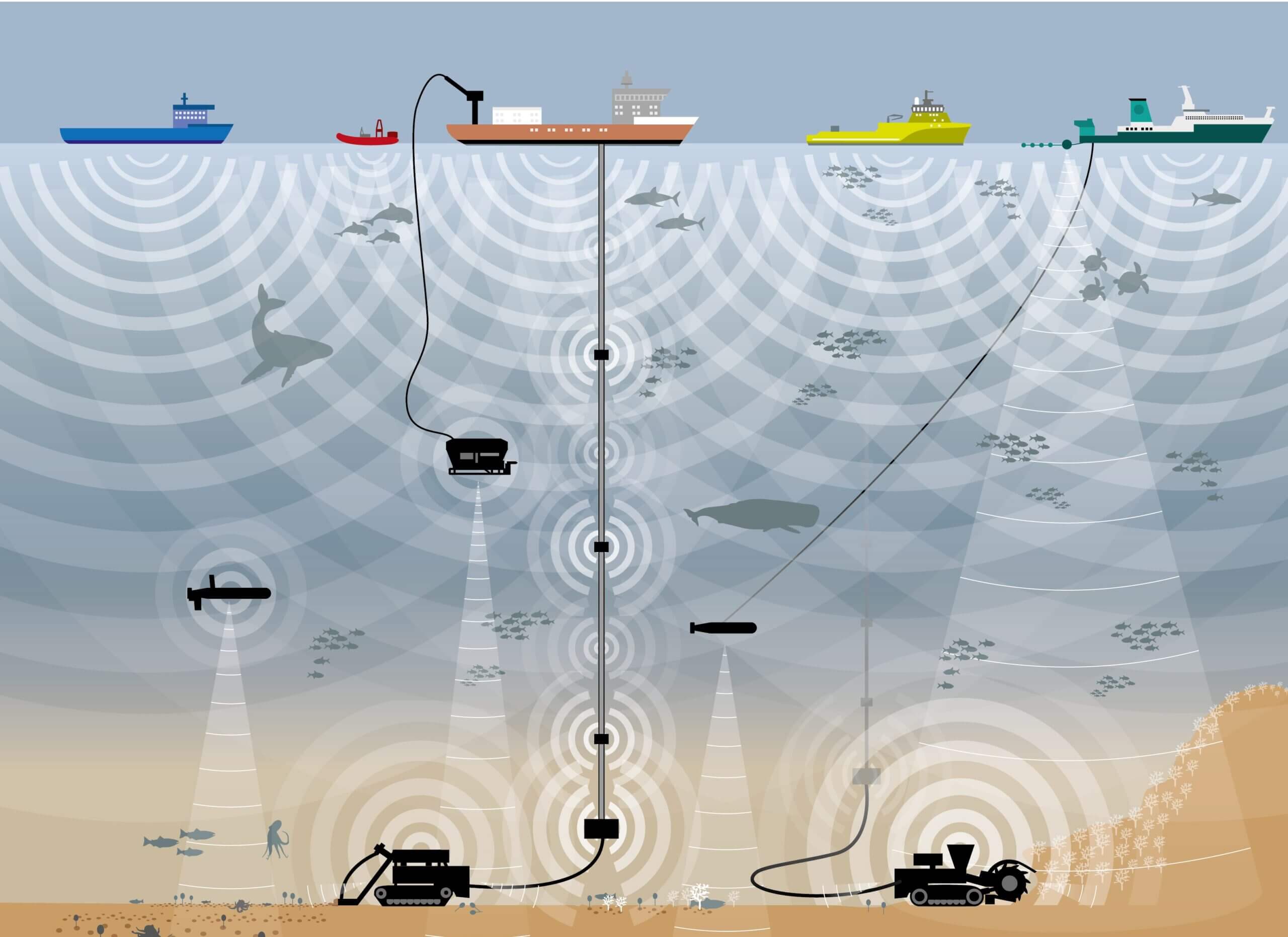 Underwater noise: Milestones on the way to quieter oceans